The beauty of shutting down

I was down in my dad's office recently, helping him a small bit in the process of shutting down his business. He's had enough, the business hasn't been doing very well and it's way more stress than it's worth. To be honest I felt he should have shut it down a few years ago.

The business has been running for over 120 years I think, which may have given him some cause for reluctance. He inherited it from his father, who I think took over from his uncle. Why did none of his three sons try to pursue an illustrious career in architecture? Well, because my parents – both architects – always always told us it was a bad idea!

Anyway, what point do I have. Not a lot – I'm delighted my dad is getting out of there before it kills him, my younger brother has been a star in helping him sort through the crap that's associated with it, and.. in amongst a century's worth of detritus, out of the middle of nowhere (it seemed to just materialise in the middle of the room), a butterfly appeared and flew to the window. I took a chance to take a photo of it, as shown below, sitting on a window that's falling apart, paint cracking, basking in winter's late afternoon sun. 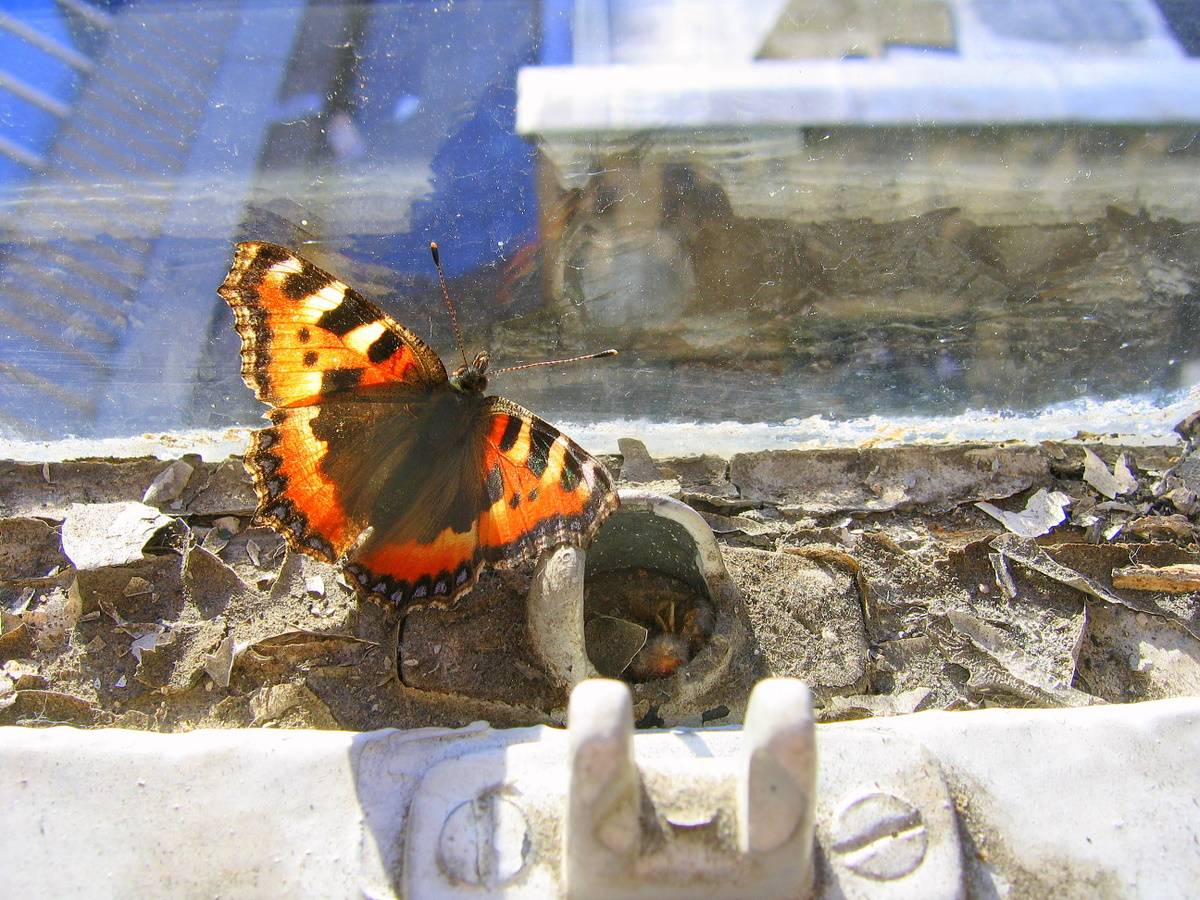