On St. Patrick's Day the Irish are Glorious

Well well well.. this is quite unbelievable.

Ireland have just beaten Pakistan in the first round of the Cricket World Cup! Absolutely unbelievable. On St. Patrick's Day and all!

For those of you who don't know cricket, this is akin to Cyrpus beating Brazil in soccer, or Saudi Arabia beating Canada in ice hockey.. it just shouldn't happen.

So, well done lads. I was at the previous world cup qualifiers in Toronto in 2001 (where we really could have gotten through), but sadly can't afford to drop over to the West Indies at the moment to see you in action again.

Here's what the BBC had to say about it: 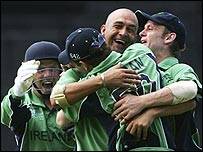 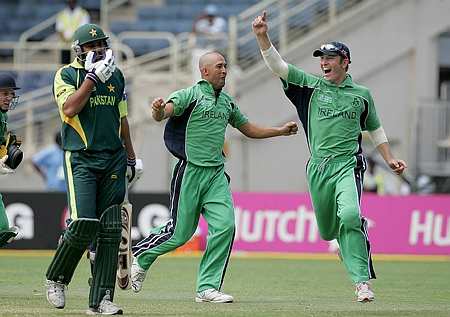 Ireland produced one of the greatest victories in cricket's rich history by beating Pakistan on St Patrick's Day amid unbelievable tension in Jamaica.

Led by their brilliant wicket-keeper batsman Niall O'Brien, they reached a rain-adjusted target of 128 with three wickets remaining in near darkness.

Ireland's fans, who had been there to witness the tie against Zimbabwe, could barely contain themselves afterwards.

The result means Pakistan, ranked fourth in the world, are already out. 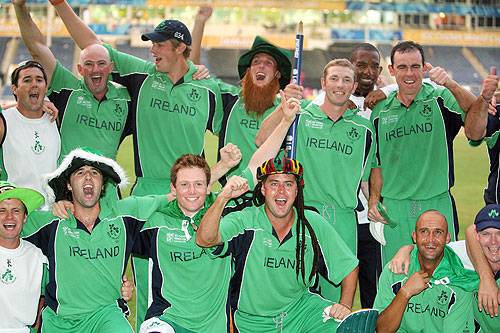