Rats! No really, lots of rats

I'm extremely surprised I haven't posted up about this before. 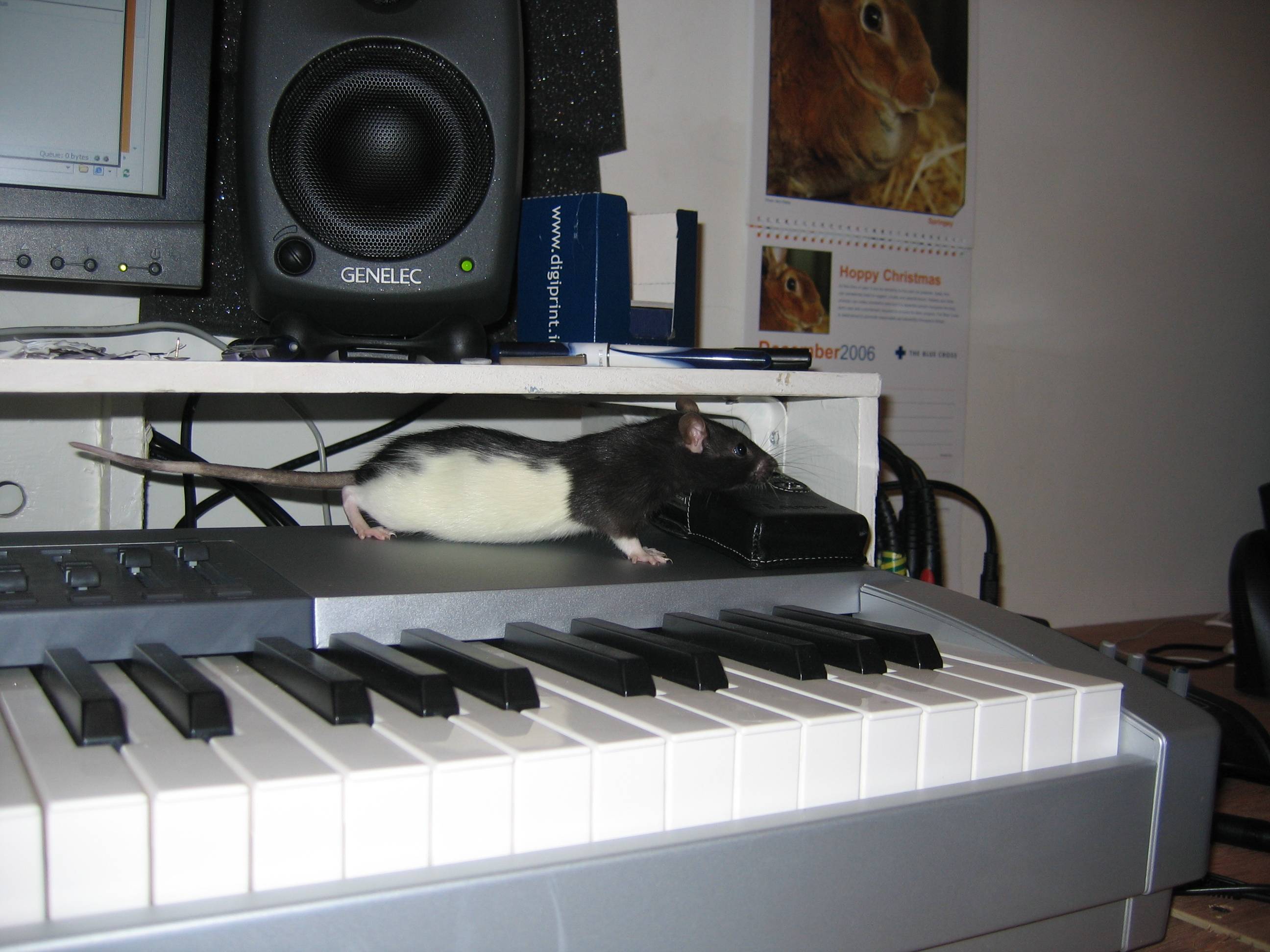 In December myself and Gaia bought my house-mate a present of a pet rat. She was cute and we instantly took a shine to her.

As the days went by, in the lead up to Christmas, she seemed to be gaining weight awfully fast. Then, she seemed to go frantic for collecting every bit of anything we put into the cage. The slow realisation, confirmed by the vet, occurred to us – we had an immaculate conception on our hands (read: the pet shop gave us a pregnant rat).

The vet was very helpful and told us that she'd look after everything, and that we should leave her well alone for about 2 weeks after the birth. She warned that we could have between 6 and 15 little rats coming into the world.

And thus it came to be that on the 21st of December (not quite the second coming birthday we had hoped for), Ratsy Cline gave birth to 9 wee rats – 4 females and 5 males.

Here's a photo of Diego, one of the most charismatic of the baby rats. 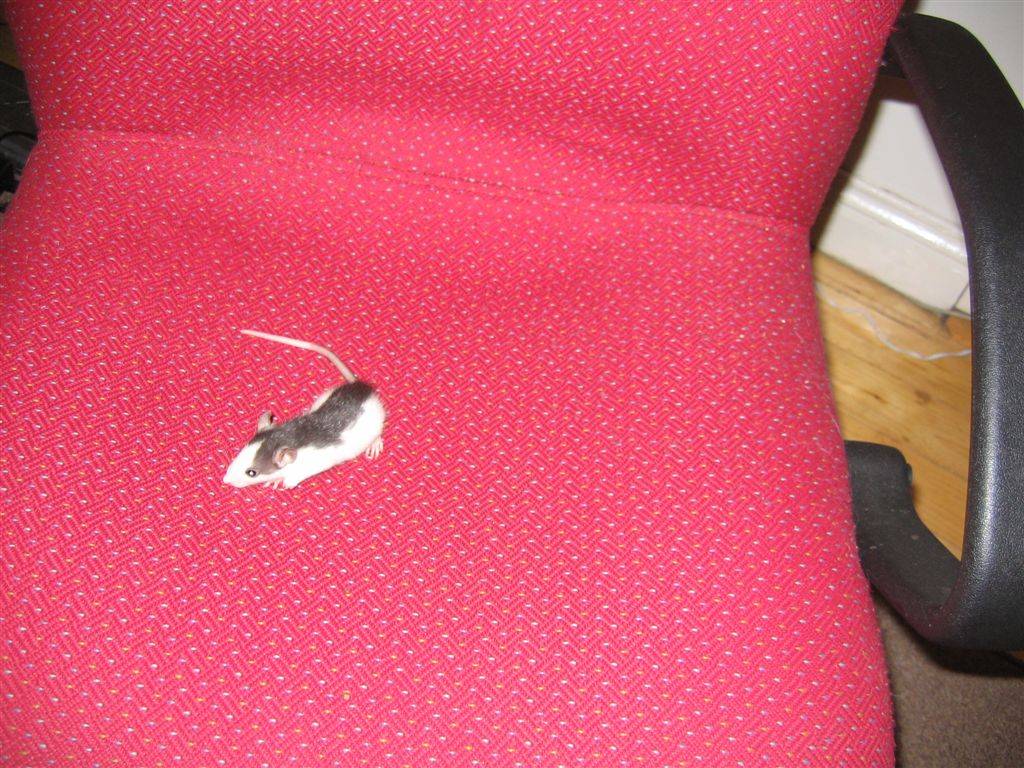 Baby Diego
So now, all of a sudden, we had 10 rats. The intention was to bring them back to the pet shop after a couple of weeks (and before they reached mating age), however that didn't quite work out. Gaia ended up taking the 5 males to her house, with the intention of finding friends who wanted to take a rat, and we got a second cage to house them. We've ended up holding on to mother and her 4 females. Fortunately we managed to separate them before the reached sexual maturity. In fact it's crazy, the reach sexual maturity at 5-6 weeks, and they have a gestation period of 21 days. That's a new generation every 8 weeks.

Anyway.. I thought you might enjoy a video of our rats before bath time. They hang out in the bath tub before they get personally groomed in the sink – they have quite the luxurious life really.