As a web designer I was pleased to see that Apple have released a version of Safari for Windows. It's in beta stage at the moment, but I quickly went to the Apple site to download it.

The main reason I want to have access to it is to test how sites we're working on look in Safari, thus ensuring that we have tested our sites across all major browsers. There will still be differences between the Windows version of Safari and the Mac version, mainly focussed on the differing system fonts available, but it should at least confirm that sites are working solidly.

So I happily installed and ran Safari and was greeted by a surprise. Gobbledegook! It's hard to explain, but look at the screen shot below to see how strange it is. Every bit of typography on the page has been turned into unrecognisable characters. Menus, the address bar, text on the page. Obviously it doesn't affect text that is fixed into an image, but everything else is up for grabs.

Even typing an address into the address bar doesn't work. http://? No no, we don't need that, let's go for jvvr<11 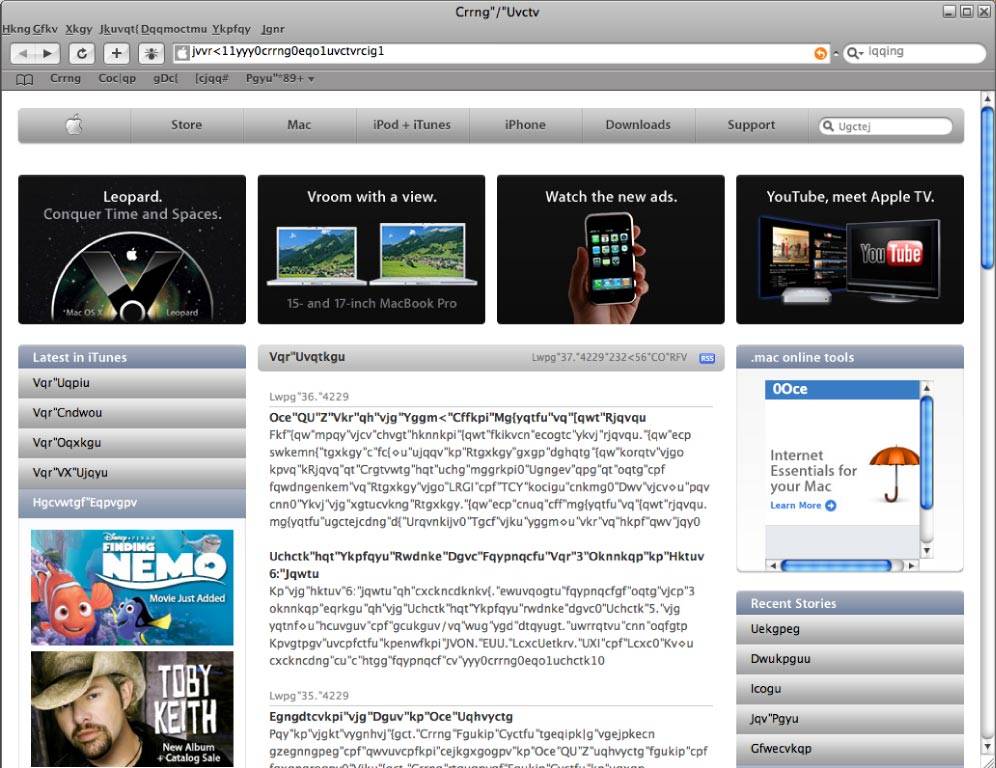