Seeing as I'm half-greek and have relatives in living in Greece (mostly around Athens), I've been keeping an eye on news of the fires that have throughout Greece over the past while. According to the BBC news website things are improving now:

Blazes continue to rage in the gutted Peloponnese region and Evia island, but emergency crews say they are "generally receding" and have been contained.

I also came across this flabbergasting satellite image of the fires at their worst, which I thought I should share with you all. 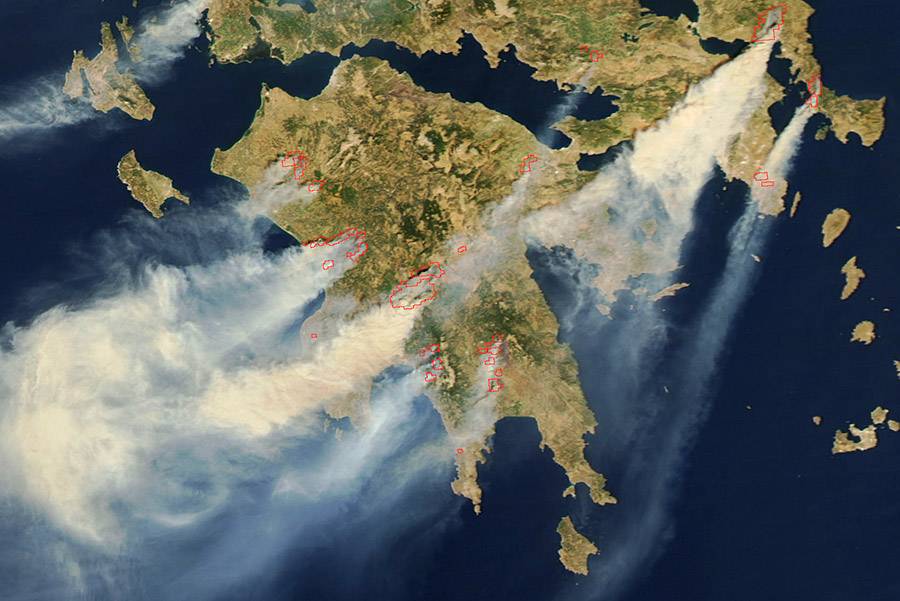 Smoke from the Fires in Greece

The volume of smoke produced is absolutely staggering, with Athens being almost completely eclipsed by the smoke plume coming from the fire in the top right corner. The scale is quite inconceivable. The image above was captured by NASA's Earth-monitoring Aqua satellite, which is part of NASA's Earth Observing System, including several Earth-sensing satellites.

I came across this on the Wired Planet Earth Blog.