So, it looks like Jack has found a little space that's all his own.

He's probably decided that he's tired of being surrounded by rats that he can't get at. 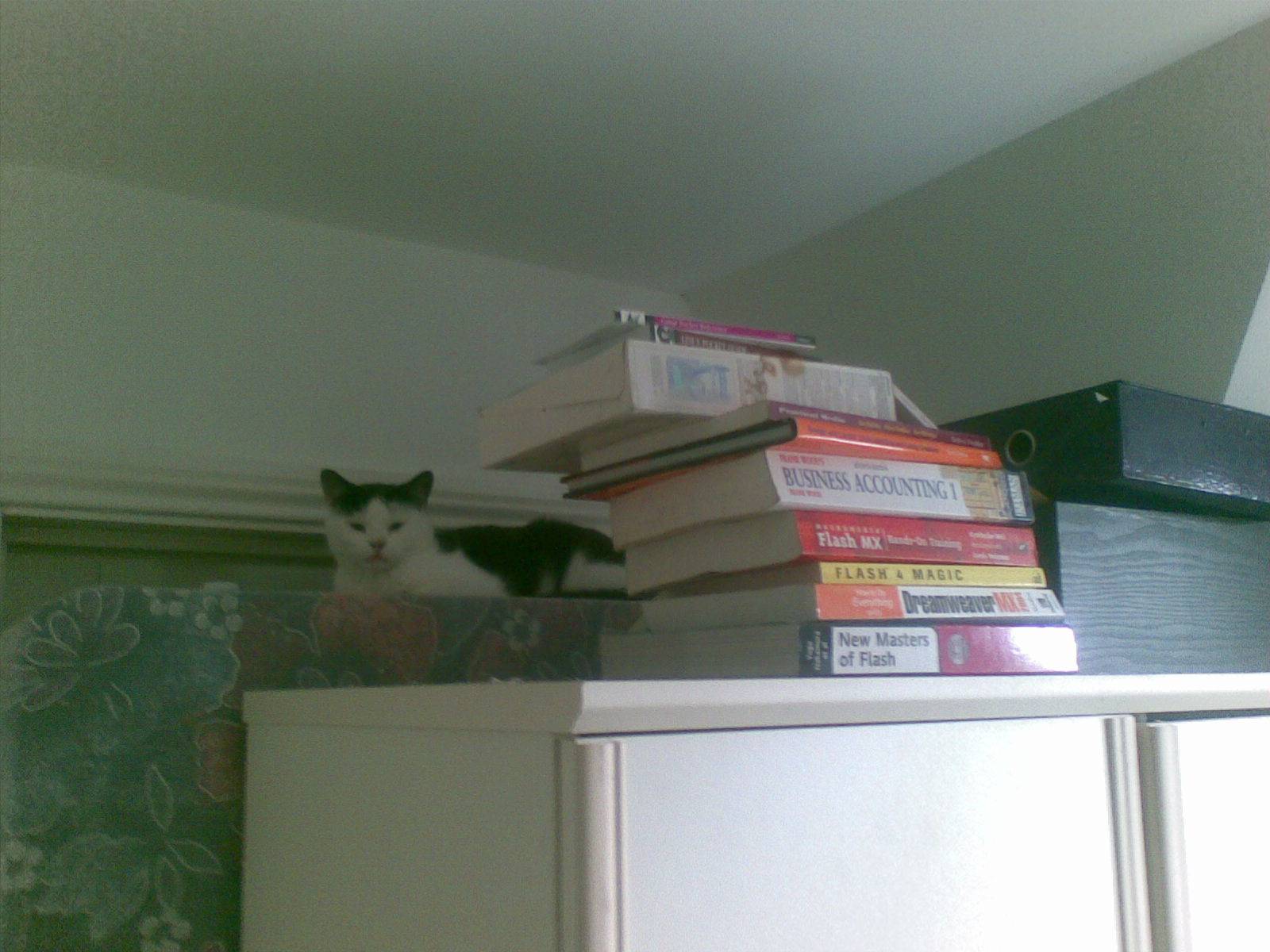 He's sitting on top of a bed standing on it's end. The bed is behind a cupboard that blocks off the extra room in our house to which we aren't allowed access. The landlord is keeping a load of stuff in there apparently (or possibly some skeletons, we don't know for sure).