Throw your phone in a toilet 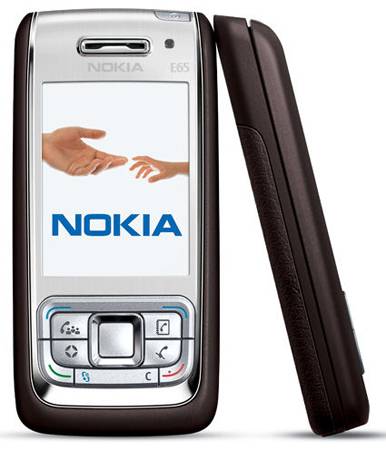 Another phone related post, shame on me, but I'm quite happy about this.

Last week I threw my nearly brand new Nokia E65 in a toilet. Now, when I say threw, I do mean 'accidentally dropped'. This was the first time I'd ever actually spent money on a phone rather than just get the free upgrade that my provider was offering at the time, and it had cost me €180. If I had thought about it properly at the time I would have taken out insurance when I bought the phone, but I figured sure, I've never broken or lost a phone before, who needs to spend more money…

So after taking the instant no-thought plunge down the toilet to retrieve my phone it occurred to me that this was a bad thing. Obviously I dried the phone off as best as I could and left it as apart as I could manage to dry out. However on checking with a mobile phone shop as to what it might cost to replace the phone without the 'upgrade' deal, I was informed that I shouldn't even consider it as it would be around €400.

Since then I've found that I could probably pick up the same phone, unlocked, on ebay for about the same price I originally paid for it. Although this seemed like little consolation. After a couple of days of drying out I tried to turn it on. Dead. Nothing. Not even a flicker.

So I returned to my old nokia 3210 or something, which just seemed woefully useless in comparison (mostly I missed the wireless lan ability to check my mail in bed and realise that there was nothing urgent requiring me to jump out of bed in the morning).

Where am I going with this? Well, today I figured that enough time had passed that it was worth trying once more to see if it would turn on, and lo and behold… it did!

It seems to be working fine. I've made sure to back up all my numbers etc, and I'm delighted that it's functioning as normal. Looks like it can handle being chucked in a toilet after all.

Now I wonder can I get  them to insure my phone from here on in. Definitely worthwhile, and sure when it boils down to it you can always just "drop" your phone in a toilet when you feel like updating to a newer model (although don't tell anyone I said that).