Well this looks like quite a change for Nokia. Very interesting to see the linux-based Maemo OS in action, which you can see in the video demonstration below. 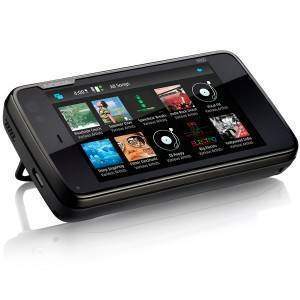 Despite being pitched as the closest thing to a PC that fits in your pocket (”PC-like experience on a handset-sized device”) — a common theme in the marketing of all recently released smartphones — the N900’s UI appears to be extremely finger-friendly and optimized for its 3.5 inch 800 x 480 pixel (resistive) touch screen, where the previous and slightly larger N810 (4.1 inch) was stuck in a PC-centric UI design paradigm.

And unlike the N810 and, for some critics, the company’s recently released flagship Symbian powered smartphone, the N97 (see my review), the N900, on paper at least, has the processing power to match its UI and computing ambitions – an ARM Cortex-A8 processor running at 600MHz with OpenGL ES 2.0 graphics acceleration.

via Nokia can do UI design after all, Linux-based N900 unveiled | last100.