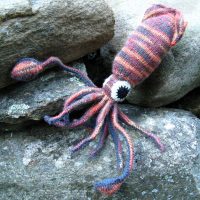 Just ran Mozilla’s new Kraken Benchmark tool on my installed browsers in Windows 7 on my HP 8540w. This benchmark apparently aims to test the speeds of real-world usage, instead of pure tech benchmarking.

More than Sunspider, V8, and Dromaeo, Kraken focuses on realistic workloads and forward-looking applications. We believe that the benchmarks used in Kraken are better in terms of reflecting realistic workloads for pushing the edge of browser performance forward.

Below are the results in order of fastest to slowest. Take note Chrome is the only dev browser version I’m using, all the others are latest stable releases.

So Chrome is the winner, which honestly doesn’t surprise me at all given the amount of time Google seem to be spending working on speed improvements, but from the sounds of things there’s a good chance that might change when Firefox 4 hits the shelves 2.

According to the Rob Sayre:

Our testing indicates that Firefox 4 is currently more than 2.5X faster than Firefox 3.6 on Kraken 1.0. Try it out, and let us know how it works for you.

Over twice the speed sounds pretty good to me so the final roll out of Firefox 4 should bring a noticeable drop in page load times.