To whom it may concern,

A couple of days ago I read an article in The Guardian online which discussed turmoil in the film industry due to dropping DVD sales. It stated that there has been a steady decline in DVD sales since 2007, but this decline has increased rapidly in the first quarter of this year. Understandably, this is largely due to an increase in access to video on demand – online streaming and so on – but they also mentioned the effects of piracy on these figures.

According to the article there are some signs that piracy of films isn’t actually increasing. In my mind the key aspect is making it easy and affordable to stream full films online. If it’s easy to do, and offers value for money in the eye of the consumer, then it will work – something that the music industry failed to realise, and as a result accompanied their complaints with much mournful violin playing. I’m not saying the film industry aren’t going to slip into the same trap, but certainly there is an opportunity to avoid the same pitfalls into which the music industry moguls blindly stumbled.

What has this got to do with me getting old? I apologise, I digressed momentarily; a fleeting soapbox passed me by on which I leapt with youthful abandon.

In discussing the piracy aspect, The Guardian briefly mentioned BitTorrent, stating (bold is my emphasis):

…searching for pirated movies, with terms such as “free movies” and “movie torrent” (reflecting the popularity of BitTorrent, an illegal downloading protocol) peaked in 2008.

This irked me, as it’s a misleading statement. Yes, the BitTorrent protocol allows downloading of unlicensed content, but it’s also used far and wide for perfectly legitimate reasons. At that moment I felt compelled to make a point and wrote to the Guardian’s ‘corrections and clarifications of editorial content’ email address ([email protected]) stating:

I feel that the statement: “reflecting the popularity of BitTorrent, an illegal downloading protocol” gives an inaccurate impression of BitTorrent. Whilst BitTorrent can be used to download unlicensed content, it is a wholly legal protocol (in use by governmental organisations eg: http://data.gov.uk/dataset/coins). We do not refer to the internet as an ‘illegal downloading system’, so I feel it would be better to refer to BitTorrent as a “Peer to Peer protocol” or similar.

Happily I found, when I checked the article again today, the editor had altered the offending line to read:

…searching for pirated movies, with terms such as “free movies” and “movie torrent” (reflecting the popularity of BitTorrent, a downloading protocol) peaked in 2008.

Thanks Guardian for listening to my pedagoguery; but it did make me wonder – am I now in danger of being the old man who spots small errors in things and writes long-winded letters to the editor? Will I find myself, in a few years, sitting down and writing things like:

I refer to your article yesterday, the 29th June 2015, reporting on the Best Cheese Competition in Lettermacaward. In this article you stated that the runner-up cheese was a block of Blue Mont Cheddar which weighed in at 3 kilos 400 grammes.

I would like to point out an error in your reporting. The runner-up cheese in question was actually a Cabot Clothbound Cheddar, which weighed in at 3 kilos 450 grammes.

Is it already too late, given that I’m actually writing similar things already?

Should I be worried?

P.S. The original Guardian article reminded me of being reminded (by Warren’s recent Nerd Night talk) of an excellent image: 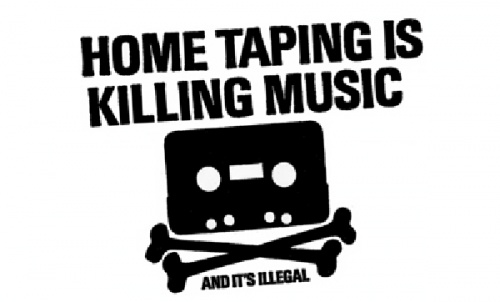