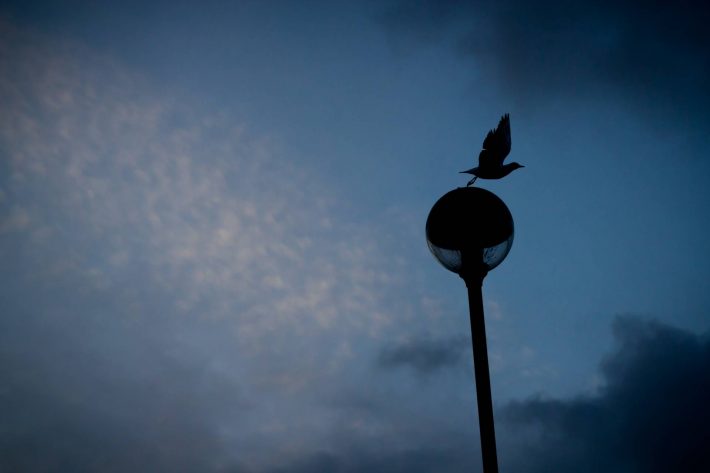 A silhouetted sea gull launches off its perch on top of a lamp post just behind Ballycastle’s harbour.

Initially I was just lining the shot up to capture a sitting gull in silhouette, but just as I went to take the shot, the gull took off. Couldn’t have been timed better.

If I had a little more time I could have dropped the ISO to reduce the noise in the shot, but I’m pretty happy with the moment being seized.