I’ve been in Poland for the last week and a bit staying in my girlfriend’s mother’s house in Plock.

Whilst we’ve been here I’ve been exposed to television for the first time in ages. I haven’t owned a television since, well, I’ve never owned one. When I lived with my parents I had access to a TV, but ever since I left home in 2001 I have been quite happy to live a TV-less life.

Hence a week in evening proximity to one of these devices has been a bit of a shock. Advertising would drive you crazy. The breaks are mentally long and assault your senses constantly – even if it’s a different language (one of which I have only a passing understanding).

It made me think about how I’ve effectively minimised my own daily exposure to adverts. Between my on-demand viewing of TV shows (currently testing LoveFilm and take advantage of my new UK address to view BBC iPlayer and 4OD) and usage of AdBlock Plus in web browsers, I really have massively reduced exposure to advertising (much to my relief).

This thought process also triggered a thought that, seeing as I’ve recently rooted and installed CM9 on my phone, I’m now able to employ ad-blocking on my phone.

AdAway is an Android app freely available in the Google Play market.
It works by updating the ‘hosts’ file in your phone to prevent any calls to known advertising URIs from loading. It’s very effective, much like AdBlock Plus is on a desktop browser. 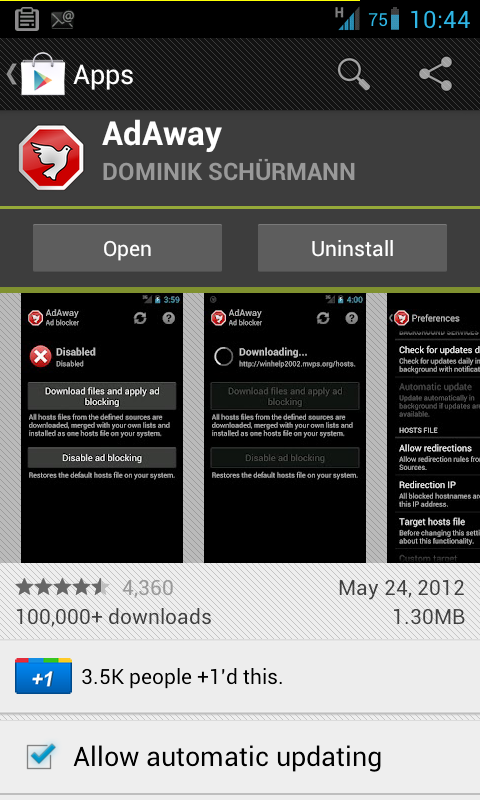 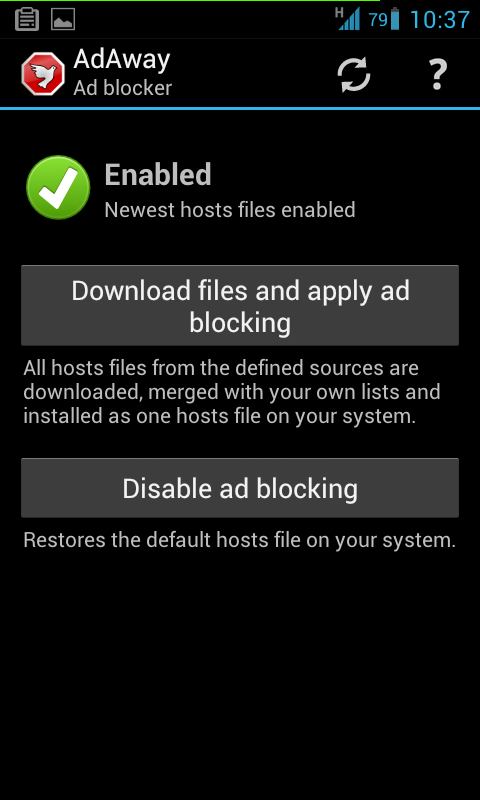 Am I denying developers an income?

In short, yes I am. Can I justify this?

A good example of this is TuneIn which is a great radio app and allows me to easily listen to radio shows from anywhere – the pro version removes advertising and adds the ability to record shows. The removal of advertising is inconsequential now, and I cannot foresee ever wanting to record radio shows – so I’m upgrading just to show my appreciation of a good app.

In other places I believe I am only denying a ‘cost per impression’ advertising model. I have never once tapped on an in-app advertisement, same way that I ignore advertising on the web when it gets past AdBlock Plus.

I feel justified in my approach, others will no doubt disagree.