Apple blocks the Galaxy Nexus in the US 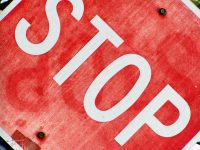 I’ve been trying to ignore the ongoing mobile patent wars – it does nothing other than make me annoyed. Over the past couple of years there seems to have been a dramatic rise in the amount of litigation in the smartphone market. Every major player is getting in on the game and suing left, right and centre. They’re all at it as far as I can tell: Apple, Ericsson, HTC, Huawei, Microsoft, Motorola, Nokia, Samsung, Sony.

Now you may cry foul that I’ve left Google’s name out of that list, but after some research I can’t actually find any cases of Google directly suing a competitor with regard to mobile patents. However, it does appear that Google certainly did give Motorola Mobility their blessing in suing Apple last year. Further to that the FTC are reportedly investigating Google over Motorola’s use of FRAND patents. So, just to be clear, Google’s hands appear to be dirty in this regard too.

Competition is good for the consumer. Each manufacturer is in an “arms race” against each other to create more compelling and cost-effective devices to drive sales.

Patent litigation, however, is bad for the consumer.

However, in my mind, by suing your competitors it just looks like you’re scared.

When Apple blocked sales of the Samsung Galaxy S2 in Europe last year, it had a strange effect. Multiple friends and relatives of mine started asking me my opinion on the S2. People who were not tuned in to the technology world suddenly had the impression that Apple were freaked out about competition against their iPhone – enough that they needed to completely block it from sale.

Manufacturers, please, improve your products and convince us of their superiority instead of calling forth the lawyers and hiding behind them.

In this case, we have a pre-trial injunction against the sale of the Galaxy Nexus. Judge Koh said in Friday’s ruling:

Reading that quote from Judge Koh really makes it sound, to me, that Apple is afraid of a competing product. They’re going to lose sales. And what is it that will allow the Galaxy Nexus to steal these sales from Apple? It’s not because it looks the same and will confuse the consumer about which device they’re buying. It’s not that the operating system completely rips off everything that Apple have created. No, it’s about having a “universal interface for retrieval of information in a computer system”.

US patent number 8,086,604 essentially relates to searching your device and having ranked items returned depending on the search terms or location from which the search was initiated. It also involves heuristic ranking of the most useful results.

In my mind it’s incredible that this patent was ever granted. It’s even more incredible that this patent was granted in December 2011 having been filed in December 2004. We can make a comparison to any desktop search and see that this is a very obvious piece of functionality. The results of your search depend on the context of your search. Potentially one could argue that Google Desktop, released in October 2004, offered very similar functionality.

Below is one of the more easy to understand descriptions from the patent filing.

For instance, if the user accesses the information retrieval system through an icon on the desktop or a system menu bar, the plug-in modules which perform searches on local storage media can be given higher priority than those which search remote sites. However, if the user enters text via a window in a browser application, it is more likely that the user desires to view a web page, and therefore the plug-in modules whose heuristics are oriented towards Internet sites are given higher priority.

The granting of this patent feels as though it should greatly affect any computing search interface. Surely Windows 7, Ubuntu,  multiple applications, and search engines are all in violation of this patent. For Windows 7 the operating system’s search functionality provides useful results depending on context. Violation? In addition, and I don’t know how the legalities of this work, surely the fact that the Galaxy Nexus was released before this patent was granted must provide it with some defence?

Does this functionality influence a purchase?

I ask you to consider something that is surely  more important than the specifics of the patent – will a consumer who is weighing up the purchase of an iPhone against a Galaxy Nexus really be substantially swayed by the finer details of the phone’s search system? I don’t think so. Most searching done on a smartphone is searching the web – to which I don’t believe this patent can apply.

According to a ComScore study reported on by Velositor.com, the purchase factors for European consumers in order of importance are as follows.

Unsurprisingly, whether or not the phone can take advantage of US patent 8,086,604 is not a top priority in consumer’s minds. Granted I’m being facetious here – but I would imagine the inclusion of “universal search functionality of phone” as an option would not have been ranked as a high level of influence in deciding which phone to purchase.

As part of this injunction there are three lesser patents in question. If you’re like to read up in more detail on all 4 patents, as reported by The Verge, they are:

Finally, in case you’re interested in seeing the spaghetti mess that is mobile patent litigation I recommend looking over the chart below. It’s a little old, coming from August 2011, but it does give you an idea of how ridiculous the current situation is. 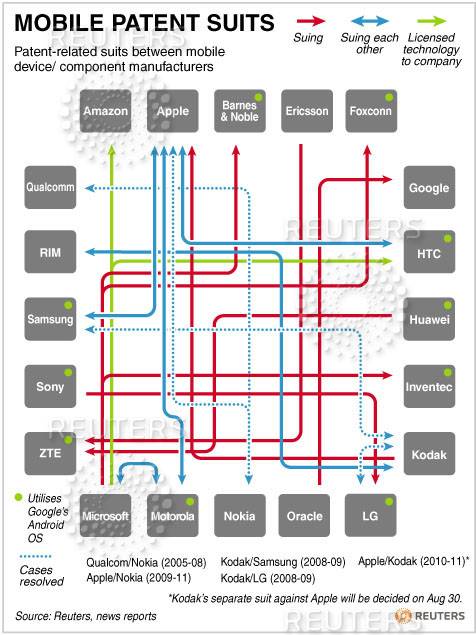 It’s all a horrible mess, and it’s stifling innovation.

No end to the patent wars in sight

I had hoped, when I read about Judge Posner’s recent rulings in an Apple vs Motorola case, that the US courts were starting to throw out ridiculous injunction claims. And a few months ago Judge James Robart stated:

“The court is well aware that it is being played as a pawn in a global industry-wide business negotiation”.

And there’s a fantastic quote from Judge Posner – after calling Motorola’s claim constructions “ridiculous” he went on to state:

“I deny the second half of Apple’s motion (seeking prohibition of the deposition) as frivolous and the first half (seeking substitution) as untimely. I’ve had my fill of frivolous filings by Apple.”

However, this recent preliminary injunction granted by Judge Koh against the Galaxy Nexus seems to dash any hope that the patent wars might be diminished by a common sense approach from the US judiciary.

If you don’t know what the hell the Galaxy Nexus is, it’s a flagship device for Google’s Android operating system. It’s built by Samsung with Google being heavily involved in the design process. You can see a review below and it’s available direct from Google without a contract for $349 in the United States.