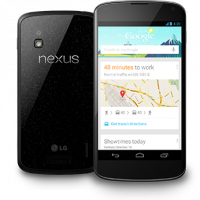 I subscribed to AndroidSpin.com ages ago but have been slowly tiring of their insanely one-sided reporting.

It ultimately reminded me of users of another brand of product who refused point-blank to acknowledge basic design flaws.

So this morning I read this post about the new Nexus 4’s poor battery life.

In it the Nexus 4 comes dead last on battery life against a variety of phones, some of which are relatively old. In my mind that’s definitely an issue for:

Poor battery life would definitely influence my consideration of this model as a potential next phone – there is nothing worse than constantly having to locate power sockets! However, the article by AndroidSpin tries to gloss over this poor result.

I suppose the website is called AndroidSpin – which pretty much confirms from day one that it is a bald-faced propaganda website.

Anyway, I left a comment explaining that I have decided to unsubscribe from the RSS feed of their website and why – basically a condensed version of the above. My comment has since been deleted.

Perhaps if I hadn’t said that I was unsubscribing from their RSS feed it might not have been deleted, but I’ll never know.