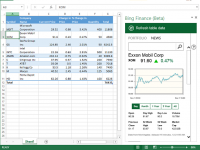 What is wrong with Microsoft and their ability to name products – why are they such a horrid mouthful.

It’s a series of add-ons for Microsoft Office 365 (I think), that enable embedding of data from Bing. These apps each have a super catchy name.

Clearly Microsoft are desperate to push their equally awfully named ‘Bing’ upon as many people as possible. That is until they decide to do an about-face and change product name again.

Should it really be called “Microsoft Office 365 Home Premium”?

None of it makes any sense

Here’s a list of some of their awe-inspiring catchy names.

Windows Server users, IT folks, and developers get wonderful product names like:

An oldie, but a goodie

What would happen if Microsoft applied their packaging and branding skills to the iPod.