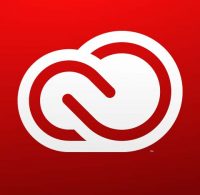 Adobe have just announced that they are no longer going to sell their Creative Suite product. Yes, welcome to the new age of you-must-have-a-subscription-for-everything.

Adobe from now on will only offer a subscription model for their products. This means that you cannot buy and own their products, you must pay and pay and continue paying for as long as you want to use their product. Stop paying, stop having access to their software.

So, after 10 years you might have paid Adobe $6,000 when you decide to stop paying. Bang, no more software for you.

Clearly Adobe were tired of customer purchasing the full suite and then putting off upgrading for as long as possible due to the excessive cost of upgrading.

Still F’ing non-US customers in the A

Have you seen this video where a journalist continually asks the Adobe CEO what justification there was to charge nearly double for their software in Australia? The Adobe CEO constantly rebuts with “Well with Creative Cloud we see massively increased value, blah blah blah”. It’s the most amazing piece of question avoidance (and makes me completely angry – he basically just says ‘Creative Cloud’ over and over again).

So Adobe CEO, how does the new pricing model work?

So, yeah, thanks Adobe for continuing to F us in the A.

And of course, those pricings are based on you making a yearly commitment – if you want to have some flexibility in when you’re paying for it – perhaps you work in bursts and don’t require access to the software year round – well you’re going to pay handsomely for that privilege. In the US it will be $900 a year paying month by month, in Ireland it works out at $1,449.12 a year (still 161% more expensive).