Yesterday my HP 8540w laptop charger finally stopped working. I had been expecting it for a while after the cable out from the charger came loose from the main body and would wiggle around – it was only a matter of time before one of the wires inside the cable worked itself loose from the circuit board.

I did quickly investigate universal power supply options but none of them provided the large 6.5A that this laptop needs so my only option was to crack open the charger and re-solder it.

Thankfully, as I own zero tools here in Cambodia, Warren was up for helping out.

Sadly I didn’t take photos of the complete process – mainly missing the start where we cracked the charger case open. This is the hardest part really – HP really don’t want you opening this thing! We tried continually scoring the plastic at the seam of the two parts which eventually loosened things up enough for Warren to work a screwdriver head in and start prising the two halves apart.

Once the case was off it was clear that a wire was fully snapped off the circuit board and needed re-soldering. Warren did a bang up job and finished it all off by applying an epoxy mixture to the loose cable to keep it properly in place and take strain off the wire -> circuit board connection. 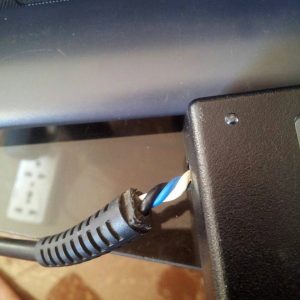 The cause of my problems! 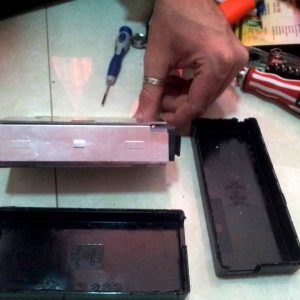 After cracking the case open, heavy heat dissipation metals all about. 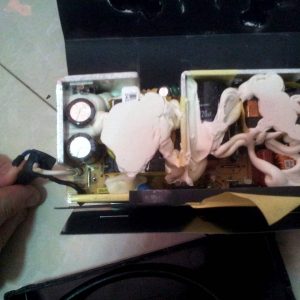 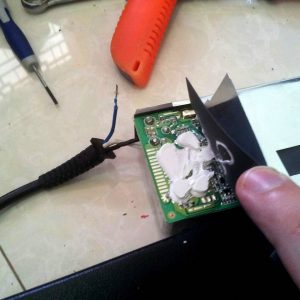 A look at the back of the circuit board where old solder needs to be popped out. After re-tinning the wire Warren solders it into place. 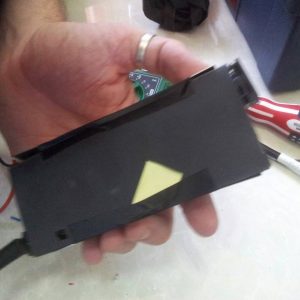 Putting the charger back together. 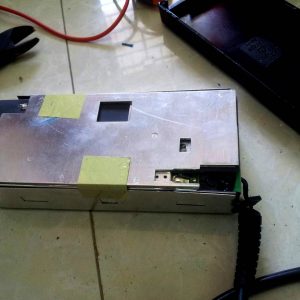 Top view of the reconstructed charger. And with the outer casing back on. 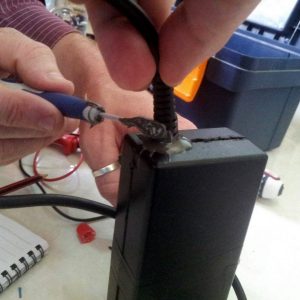 Starting to epoxy the output cable into place. 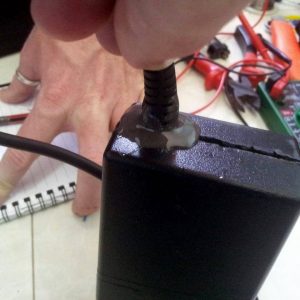 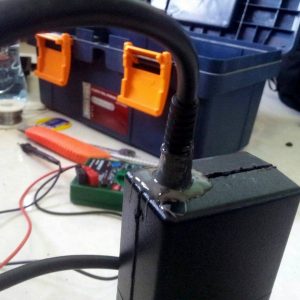 The final tidy up, some black electrical tape and some cable ties. 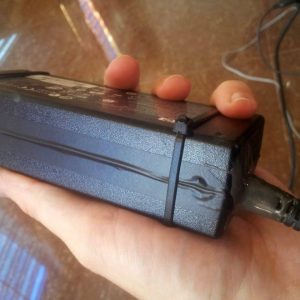 Close up of the electrical tape over the seam and cable ties to hold it in place. The epoxy is well set after a night now and feels like it will hold well.